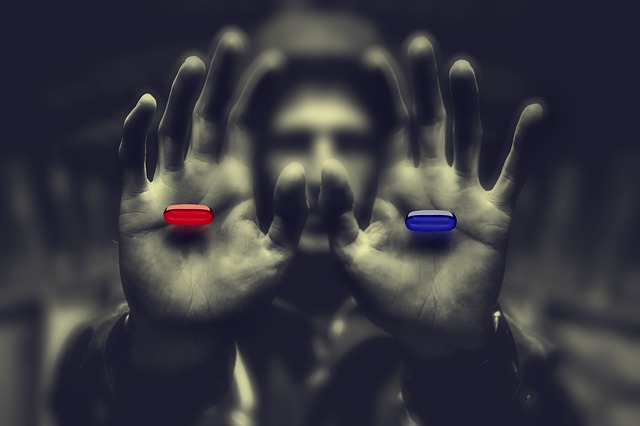 Physical or Metaphysical? What is a chakra exactly? Chakras. An energy center, or Chakra, is a non-physical organ. It is the place in the body that absorbs and releases energy to and from the body. The word chakra is derived from the Sanskrit word meaning wheel.  okay so i was doing some research on this topic and came across a blog already with the information that i felt was exactly what i needed to share it was written in 2013 by Ceciliabeltran. Is Life Too Short?

If you have gone to a yoga class more than once, chances are, the word “chakras” have crossed your path. Chakras are believed to be psychic energy centers that govern the human body. Chakra comes from the sanskrit word for “wheels”. They are supposedly located in seven different parts of our anatomy beginning from the base of the spine going up to the crown. Through the practice of yoga, these centers of vitality unite the mind to the body creating peace and well-being. Physical or Metaphysical

Carolyn Myss,author of the Anatomy of the Spirit, went as far as identifying the diseases associated with specific psycho-spiritual dysfunctions in relation to the seven Chakras.
Many scientists will tell you that there is no scientific basis for the chakras. There are no actual “wheels of light” rotating inside our bodies. But the context of ancient language may have been classically misinterpreted.Wheels are round objects that circulate along a center. So it may be talking about “circulations” more than actual wheels. If this is so, it may be safe to interpret the chakras as seven circulations of vital activities within our body.

Perhaps modern science hasn’t found the chakras because they have not been looking at the right place. In 2007, Sandra  and Mathew Blakeslee published a book entitled The Body has a Mind of its Own. In this book, they traced the history of “body maps”from the time of neuro-scientist Alfred Penfield. According to the book, Penfield successfully identified the functions of specific parts of the brain that run our bodies. He called this body map the humunculus which translates as “little man” in Latin. The advancement of neuroscience has led to the discovery of more body maps within the brain. Now more than ever, we are seeing that the body is a mirror of the “the little man” on the top floor, the one inside the skull.

If we were to overlay a diagram of the chakras on a the human brain we will find a surprising match. It is as though the chakras are running down a little man crouched in a fetal position inside our skulls. The amazing coincidence is, not only are the parts of the brain consistent with the thought processes of the chakra groupings, they are also the exact anatomical equivalents of the human body.

THE SEVENTH CHAKRA: THE CONNECTION TO THE DIVINE

The pre-frontal cortex, a feature of the human brain more developed than our ape cousins is the command center. Many studies have shown that higher states of concentration, free will, feelings of “oneness” and altruism are found in this region. If the brain was a little man crouching inside our skulls, the pre-frontal cortex is the crown of the brain, the way our crown is the crowns of our heads. It is located however on the forehead, not on the crown. As a chakra, the crown is where we connect with the Divine. If you are connected to a higher power, youfeel “one” with the universe resulting in altruism and harmony.

THE SIXTHCHAKRA: THE CENTER THAT GOVERNS FORESIGHT.

Next to the pre-frontal cortex is the rest of the frontal brain. Divided into two hemispheres, the left and the right each govern visual and verbal inputs. They gather this information from the eyes and ears. Working with the lobes, sound and sight perceptions of the outside world negotiate within a thin membrane between the hemispheres known as the corpus callosum. The pineal gland that lies right below it has been linked to visions and “third eye”experiences. The sixth chakra,also known as the third eye chakra governs sight and perception. It is the chakra that is responsible for seeing within the mind’s eye. It is further described as the channel where Ida, the female nadi and Pingala, the male nadi meet. Ida is associated with the left side of the body and Pingala, the right. Descriptions of Nadis in various yoga texts depict it as a kind o fvessel of consciousness. A “female” and”male” in esoteric terms pertain to negative and positive energies. To be more precise, a force that gathers is associated with the female and a force that gives or focuses is considered male. These are traits that could aptly describe the hemispheres, with the right side governing the left and the left side, the right.

THE FIFTH CHAKRA: THE DOMAIN OF SELF-EXPRESSION

Broca’s area is a small portion in the frontal brain, right below the frontal eye field.It is the region of the brain that helps us produce speech. It works with Wernick’s area (found at the bottom of the parietal lobe) to produce and decode language.Similarly the throat chakra is associated with communication and expression.

THE FOURTHCHAKRA : THE RULER OF LOVE, HARMONY AND MARRIAGE.

Beyond Broca’s area, deep in the medial brain is the thalamus region where the hypothalamus lies. The hypothalamus is like the heart of the brain. Dr. John Ratey describes it as the “conductor” to the orchestra of the brain. It is responsible for the circulation of hormones the way the heart circulates the bloodstream all around the body. This area connects all parts; the front with the bottom and the left with the right together. It is a major enabler of deliberate movement and the thermostat of the brain. It too, is said to be responsible for the generation of emotions. Below the throat chakra is the heart chakra. The Chakra that rules marriage,commitment and relationships.

THE THIRD CHAKRA: THE SEAT OF COURAGE

Below the medial brain are the three lobes: Parietal, Occipital and Temporal. This area is called works with the limbic system, the part that mediates emotions and memory. These lobes enable the sensation of time and space.

With memory,spatial and emotional associations influencing action, you know where and who you are in relation to the world. Sandra and Mathew Blakeslee talked about the influence of the lobes to body image in their book The Body Has a Mind of Its Own. They explained how someone thin can look at himself in the mirror and still see fatness that he grew up with, causing more cravings for comfort foods. It is the interpretation of reality that gives the lobes its power to influence perception. You literally become what you think you are. The third chakra found below the heart and the stomach is associated with identity. It is also the seat of courage. In the human brain, the amygdala is found within the Temporal lobe.The amygdala is where fight or flight responses are decided.

THE SECOND CHAKRA: THE CENTER OF HUMAN CREATIVITY AND POWER.

Below the lobes,and separated from the cerebrum is the cerebellum, also known as the reptilian brain. It is like a reptile’s brain. It is responsible for the desire for social dominance, lust and other unsavory human traits. The Pons, connects the two halves of the cerebellum the way the thalamus region connects the hemispheres. It is mainly responsible for self-protection and the meeting of bodily needs. The second chakra is where primal energy is derived from. In fact,it is said that the Kundalini, a powerful primal force in yoga, is found here. Usually portrayed as a coiled serpent, it is believed that when the Kundalini rises to the crown, mastery and awareness is achieved.Neurologically speaking, the reptilian brain is in charge of body memory Driving, riding a bike, playing the piano becomes an automatic thing in thispart of the brain.Perhaps, when altruism and forward thinking becomes an automatic program in your brain, that is when you have achieved the awakening of the Kundalini.Physical or Metaphysical

THE FIRSTCHAKRA : CONNECTION TO THE EARTH, THE ENERGY CENTER FOR SURVIVAL.

LOCATION : THE BASE OF THE SPINE AND THE FEET.

The last part of the brain is the branch that connects it to the spinal column. The brain stem regulates involuntary functions of the brain that keep itself and the body going. It is also in charge of sleep-wake cycles, breathing and excretions. The root chakra is also also the chakra of survival. When your basic needs are met, your root chakra  will be healthy. But food and shelter issues are said to weaken the first chakra and cause back pains or diseases found in the legs and feet.

Dr.John Ratey’s newly released book Spark:the revolutionary science of exercise and the brain links the direct connection of achieving mental fitness through physical exercise. Physical or Metaphysical Proving in general that exercising the body affects the mind. Another book by Norman Doidge M.Dentitled the Brain the Changes Itself narrates how a woman who was born retarded succeeded in overcoming her disabilities through exercises that involve learning how to read clocks and tracing intricate lines. This woman became a leader in the study of nuero-plasticity or the ability of the brain to change. This proves that the actions of the body changes the wiring of the brain. Her nameis Barbara Arrowsmith, founder of the Arrowsmith Approach for overcoming mental disability.

Doidge’s books tates that through persistent exercise, the brain can heal itself. This promise has been said before by mystics from the Upanishad period, 3000 years ago. It gave rise to the practice of yoga and the knowledge of the energy centers called the chakras.

More and more, science and ancient wisdom are converging. How was it possible for the ancient mystics to arrive at the same conclusions we are only beginning to observe today in the 21st century? Perhaps the answer is, consciousness knows its own nature.Physical or Metaphysical If you bother to ask the question, it will give you the same answer in the language that you can understand. 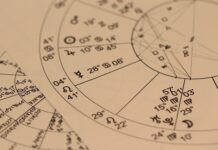 Can Environment Trump Zodiac When It Comes To a Perfect Relationship? 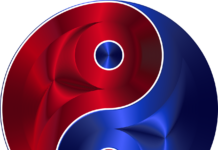 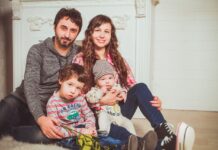 Being A Product Of Your Environment

Tip: How To Live In The Moment

Is It Really Your Dream You’re Chasing?| 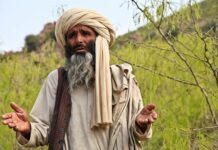 The Power In Not Explaining 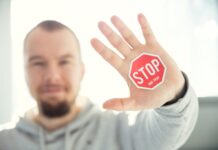 How to Stop A Manifestation You Don’t want 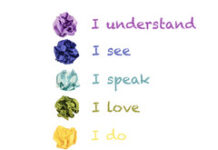 7 Chakras and the physical connection 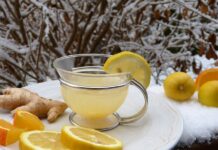 Acupuncture and Reiki is there a difference?